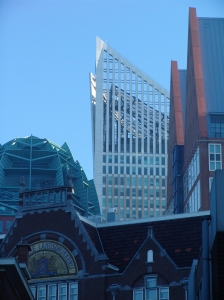 You may have noticed I’ve been AWOL over the past week, but maybe that’s an arrogance on my part. Perhaps other things have piqued your interest during my absence and you’ve moved on and engaged with other things.

Despite rumours that I have been buried under my duvet for the last few weeks, bemoaning the fate of my stolen car, nothing could be further from the truth. Whilst that particular incident was intensely annoying and took much time and effort from already drained batteries, I have moved on.

For those of you who have expressed grave concern about the loss of my vehicle (I’m deeply touched) a brief update. It is still missing. I have been interrogated by the insurance assessor; it took strong nerves and a couple of stiff brandies after he left to regain my mental and emotional equilibrium, but it is over. Sadly, our contact with the insurance company is not. They have interviewed our insurance broker, a gruff, tough, no messing kind of man who was left shaken and subdued. They have interviewed Franck and his staff at the garage who were left reeling. They have never known such investigative work over one stolen vehicle.

On my spouse’s return from the far east, three days early due to a typhoon in Manila – we seem to attract them – the matter was placed in his capable hands. Although that’s not strictly true. On his arrival home matters were firmly taken out of my hands and all automatic weapons and sharp implements removed from the house, with solicitous enquiries as to the state of my mental health.

After two days of trying to deal with our insurance claim and being given the run around by anyone he needed to speak to, he was as equally frazzled and wild eyed as I was. Interestingly, the Dutch tax authorities have already refunded our road tax from the day our car was stolen, which indicates to me they don’t think it’s coming back.

The insurance company have been in touch to discuss a possible payout, ‘if it’s decided we will except the claim’. No stress there then. We will also have to pay 25% more to cover any future vehicle with any insurance company. You couldn’t script it. We should know next week whether a ‘new’ car is on the cards or if it’ll be the omafiets from now on.

It has been a learning curve. We know more about the workings of class 3 and 4 car alarms and  the Dutch insurance industry than we ever wished to, but lessons have been learned.

The main one being that insurance companies are the same the world over.

Despite having paid the exorbitant premiums they demand, when the time comes they’ll try and wriggle off the hook any way they can. What the Dutch don’t know is we dealt with likes of the american Allstate and State Farm companies in 2005 and we don’t give up. Ever.

So if I have moved on from the stolen car, what has drawn me from my keyboard?

I have not mentioned this new project before, because it has happened very quickly, taken more time, energy and organisation than I envisaged. Rather than it being something I could work on, alongside other things I’m doing, it has swept through life like a whirlwind, forcing me down roads I didn’t know I wanted to travel, pushing me in directions I didn’t know were there.

It has been a thrilling, scary, fulfilling, challenging and exhausting ride. My colleagues and myself are hoping to achieve something in two months that any sane person would allow at least six months to develop. Never let it be said that any of us are afraid  to accept a challenge.

It’s now at the point where all the hard work, blood, sweat and occasional tears finally come to fruition. When it could go either way – huge success or public humiliation. As of now I have no idea which it will be. I’m not as scared as I would have been when I was younger.

I guess I’m old enough to know that the greatest successes are born out of failure, that life’s most worthwhile lessons are learned when we don’t succeed the first time. And public humiliation is not the dreadful spectre I thought it would be.

Because being brave enough to put yourself out there, accepting you might fail and still doing it, takes far more guts than doing nothing at all. Trying something new, stretching yourself and failing is of more value than not trying at all.

Let me tell you all about it…

Our anglo/american family used to live in four countries (USA, Canada, UK and the Netherlands) on two continents, separated by distance, time zones, circumstance and cultures. It has been a scary, enriching, challenging place to be. The only things guaranteed to get us through were a sense of humour and the amazing people met along the way. . . This year everything changed with a move for us from the Netherlands, – and a move along with us for our son and his wife from the UK – to Houston, Texas, the same city as our daughter. With our youngest in Vancouver, Canada, we are now all living on the same continent. How this happened, and more importantly why, will be the subject of this ongoing blog...
View all posts by wordgeyser →
This entry was posted in Dutch Laws, Taxes and Bureaucracy, Personal challenges and tagged car insurance in the Netherlands, challenging yourself, facing your fears, fear of failure, finding silver linings, moving on. Bookmark the permalink.

7 Responses to Silver Linings: Two Sides to Every Coin