Through the looking Glass: Spinning Plates

Wondering where yours truly has disappeared off to, yet again? Or has the dismal absence of blog posts driven you to pastures new, assuming wordgeyser is finally wordless?

Well, dear friends, I have neither disappeared or been wordless. The words are flowing in every direction but here. When they’re not you’ll find me slumped with head on keyboard, fingers still twitching in line with a brain that can’t switch off, surrounded by scattered pages etched with notes, phone numbers, ideas and things I MUST NOT FORGET. The occasional sepia stained mug, half full of cold, discoloured tea will be discovered under pages worked on days ago, along with a plate sprinkled with dried crumbs from a snatched sandwich grabbed when a missed meal was remembered.

This is the sad reality of Citizen Kane, unkempt hair, mis-matched clothing, smeared spectacles and a wild-eyed stare. I admit to taking a break yesterday morning to examine the state of my fragile sensibilities, seriously stretched on every level.

Arriving to meet my dog walking buddies I discovered they had set off without me, my own fault for running late, but in reality an added bonus as I needed the resulting space and peace. The rain had kept the fair-weather walkers indoors so it was me and the Archster allowing a few moments of brief introspection.

I think I am mentally unstable. In fact I’m sure of it.

Sleep over the past weeks has been sporadic and short. The plates we all keep spinning are increasing to numbers where one of mine will drop and smash before I know it. Like a bedraggled harridan (lack of sleep is so aging) I am running from one to the other keeping them in motion.

I no longer look at the plates themselves, what’s on them, whether they are a priority or whether the problem they represent has already been dealt with. All energy is going on watching for the next wobble and racing to set them rotating safely on their poles once more.  Always hoping tomorrow will give me time to see if any of those darn plates can be removed from my life equation.

Sometimes life is like that, it gets out of balance.

It’s like a child’s see-saw when the weight is at one end and we’re up in the air at the other, in danger of being hurled into oblivion if more weight is added. We sit, legs dangling uselessly wondering how to resolve this dichotomy.

If this sounds a little like Alice through the looking-glass, welcome to my world. The white rabbit and I have much in common, he’s been in my thoughts a lot of late. He’d totally understand my plate problem.

The issue is, my plates are small, side plates really. Not the heavy lumbering weight of serving dishes or platters which take real skill to manipulate. One pole with a heavy platter balanced on the top buckling from its weight can take all your time, energy and emotional strength, but side plates? Hell these should be handleable, shouldn’t they?

There is not one thing happening in my life which is seriously important, or has life or death consequences. I am not fighting breast cancer,  grieving over the death of a child, nursing a dying parent or grieving a parent already lost, situations which friends are coping with as I type.

I’ve had a few heavy plates in my time and those I have handled quite well. I’m just useless at the small stuff. I know we shouldn’t sweat it but not sweating it is a huge skill which I’ve lost in recent weeks. Yesterday was a timely reminder to get back on track.

Feeling tearful at being ‘abandoned’ by friends and yelled at by a Dutch jogger, (the only other person I’d seen) the red mist descended. The poor jogger (male) obviously thought I was an easy and vulnerable target, sniffed out by the alpha male looking for weakness in the pack. Let’s just say he made my day, allowing me to release a torrent of anger not seen for a while. He might think twice before picking on a lone woman again. It also helped that the Archster can speak Rottweiler if his mistress is threatened.

Anger can be a positive thing, it wakes us up, gets us in touch with ourselves.

Although my energies have been divided into different projects of late, all exciting, new and challenging it’s meant other things have been gently eased aside. It’s easy to promise it will only be for a while but time slips past and days go by and nothing changes. Time to set new priorities.

I have missed being here. It is my touchstone. It gives me that sense of calm and completeness we all need to function well. It lets me evaluate what the big stuff really is. It is invaluable.

So I’m back. I can’t promise to be coherent, fun, or fascinating but I’m coming back. There’s so much to tell you – well, after tomorrow night’s launch party for The Underground is under our belts, and the paper out to the distributors by Monday, oh  . . . and . . . and  . . . 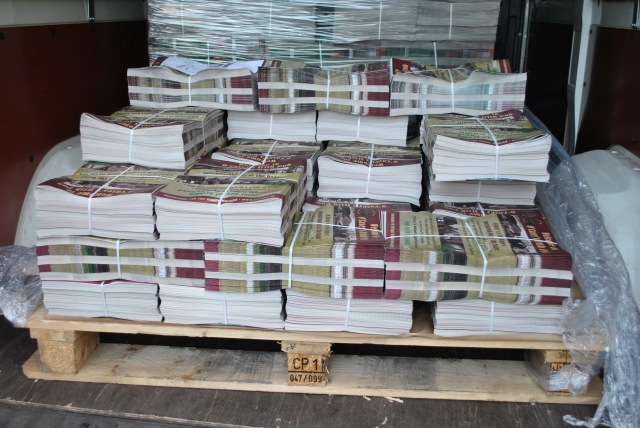 Our anglo/american family used to live in four countries (USA, Canada, UK and the Netherlands) on two continents, separated by distance, time zones, circumstance and cultures. It has been a scary, enriching, challenging place to be. The only things guaranteed to get us through were a sense of humour and the amazing people met along the way. . . This year everything changed with a move for us from the Netherlands, – and a move along with us for our son and his wife from the UK – to Houston, Texas, the same city as our daughter. With our youngest in Vancouver, Canada, we are now all living on the same continent. How this happened, and more importantly why, will be the subject of this ongoing blog...
View all posts by wordgeyser →
This entry was posted in Inspiration and Reflection, Personal challenges, Writing. Bookmark the permalink.

7 Responses to Through the looking Glass: Spinning Plates