Posted on September 9, 2011 by wordgeyser 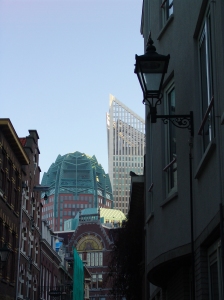 Catching up on the Dutch news today I was stopped in my tracks by an item headed ‘Minister to stop 30% tax ruling . . .’  and didn’t read any further.

For those who don’t know (and why would you?) the Dutch tax office, the Belastingdienst, have what is known as the 30% Tax Ruling on income for certain foreigners working within the country.

To be eligible you have to meet the following criteria (unless fascinated by the subject you may wish to scroll through the italicised  information below, it is rather dull),

The bottom line, if you’re not totally glazed over, is that to be eligible for the 30% ruling there are awful lot of hoops to jump through and lots of paperwork to fill in.
The reason for offering this incentive to foreign employees is because they incur more expenses than a Dutch employee; for example, the cost of living is higher here relative to many other places and employees may have double housing costs if they have to maintain a house back in their home country.
The Dutch being pragmatic and appreciating the mountain of paperwork it would involve, decided to abandon tax deductible allowances for foreigners to offset cost of living expenses. Instead they worked out that these additional costs amounted to 30% of salary and offered foreign nationals (who met the requirements) a 30% tax deduction on their gross salaries.
The 30% ruling is technically a tax free reimbursement of expenses but its perception by locals is that expats have their tax liability reduced from 52% to 36% of gross salary. (The fact the Dutch nationals have a tiered percentage for taxes payable ranging from 33-52% depending on income level is rarely mentioned.)
You still with me?
The reason the authorities agree to such concessions is to attract big multinational/ global companies and organisations to the Netherlands, which by association enhances the international standing of the Netherlands.  It also offers employment opportunities to Dutch nationals within those same companies.
The tax office is happy not to have a mountain of complex paperwork, companies are happy because international employees might be attracted to working here and most Dutch people are happy as the disposable income of  foreigners goes back into the local economy.

However, many of the general populace in Holland don’t see it in that way.

What they see is wealthy foreigners who pay no tax at all. I know this because on several occasions it has been pointed out to me in very strong language, and with a certain amount of venom, that ‘you people’ come to Holland, pay no tax, don’t learn the language and are an abomination.

Now before you all assume such tirades were induced by some horrendous cultural faux pas on my part I’d just like to set the record straight. Most of the time I’m assumed to be Dutch by the locals and I try to blend in wherever I am. I’m very aware of the buttons not to push when around the Dutch.

The first time I was subjected to a public tirade/ humiliation on taxes was when I inadvertently look someone else’s parking spot. How that related to our income tax status I’m not sure. I was informed I’d taken the parking spot by a man, incandescent with rage, who hammered on my car window to tell me so. Not able to follow his torrent of obviously abusive Dutch I asked, in Dutch, if he spoke English. Ouch. Fuel to the flames.

That did end quite well though, as once I regained my composure and tracked him down in Albert Heijn (our local grocery store), I got the chance to put him right. Firstly I apologised for stealing his parking spot; I just hadn’t seen him. I also reminded him that new people were arriving in the Netherlands every day and couldn’t be expected to know the language in the first week. And my spouse did pay Dutch tax – and for the record USA tax too.

In the end the poor man ended up apologising to me, just to escape.

The second time it happened was in the Gemeente, (Town Hall) trying to exchange my daughter’s US driving license for a Dutch one. Was she here under the 30% rule? No, but her father was, would that help? 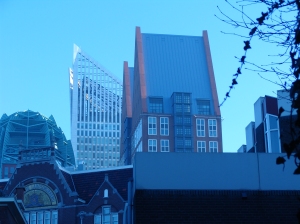 Wrong response. The normally calm, urbane gemeente expert-on-all-things-expat went ballistic along the same lines as the previous man. An impromptu rant about ‘did we know how much tax dutch people have to pay? Have you any idea? And you people pay **** all.’ Not quite true as I now know.

He was in pointy finger mode too, jabbing a rigid digit at my daughter and myself as if he’d like to see us burn in hell. A pointy finger in our house is considered an invitation for me to get up close and in the face of the perpetrator; in this case a utilitarian counter was between us and I couldn’t be bothered.

Most business people in the Netherlands understand the process of attracting big business who bring in well-educated, well qualified and let’s face it, relatively high earning individuals. They also understand that in the ‘where I’d most like to live in the world’ rankings, the Netherlands doesn’t really figure. Tempting companies with tax breaks who can then tempt employees here for a few years seems a win-win situation all round.

To see that headline this morning did make me sit up and take notice. Except I’d read it wrong, it was ‘Minister to stop 30% tax ruling for low-earning expats’. A total enigma as, according to Dutch urban myth, there’s no such thing as a low earning expat.

I read on with interest.

It seems the junior tax minister, Frans Weekers, is considering introducing an income threshold of €50,000 a year on the tax ruling, so that ‘wok chefs and pipefitters’ (his words) would no longer qualify. According to RTL news, ‘to stop cross-border workers from benefitting they would have to live 150km from the border’.

Presumably 150km from the border into the Netherlands. A 150km exclusion zone for addresses beyond the Dutch borders. How this would be policed I have no idea, nor can I see the Germans or Belgians being impressed.

It seems the tax break costs the Dutch treasury €25m a year. I’m left wondering how much the economy is boosted by foreign workers being here in the first place, and how much difference it really will make to reduce the number of workers qualified to claim the break.

Seems to be a provocative statement driven by a political agenda rather than an economic one. But then what would I know, I’m just a foreigner.

Our anglo/american family used to live in four countries (USA, Canada, UK and the Netherlands) on two continents, separated by distance, time zones, circumstance and cultures. It has been a scary, enriching, challenging place to be. The only things guaranteed to get us through were a sense of humour and the amazing people met along the way. . . This year everything changed with a move for us from the Netherlands, – and a move along with us for our son and his wife from the UK – to Houston, Texas, the same city as our daughter. With our youngest in Vancouver, Canada, we are now all living on the same continent. How this happened, and more importantly why, will be the subject of this ongoing blog...
View all posts by wordgeyser →
This entry was posted in Advice for New Arrivals in the Netherlands, Dutch Culture, Dutch Laws, Taxes and Bureaucracy, Expat Experiences and tagged 30% rule, 30% tax rule in the Netherlands, dutch tax, exats and foreign tax, expat taxes in the netherlands, Frans Weekers, how much tax do the dutch pay?, tax breaks for foreigners in the Netherlands. Bookmark the permalink.

9 Responses to Expat Tax: What the Dutch Really Think